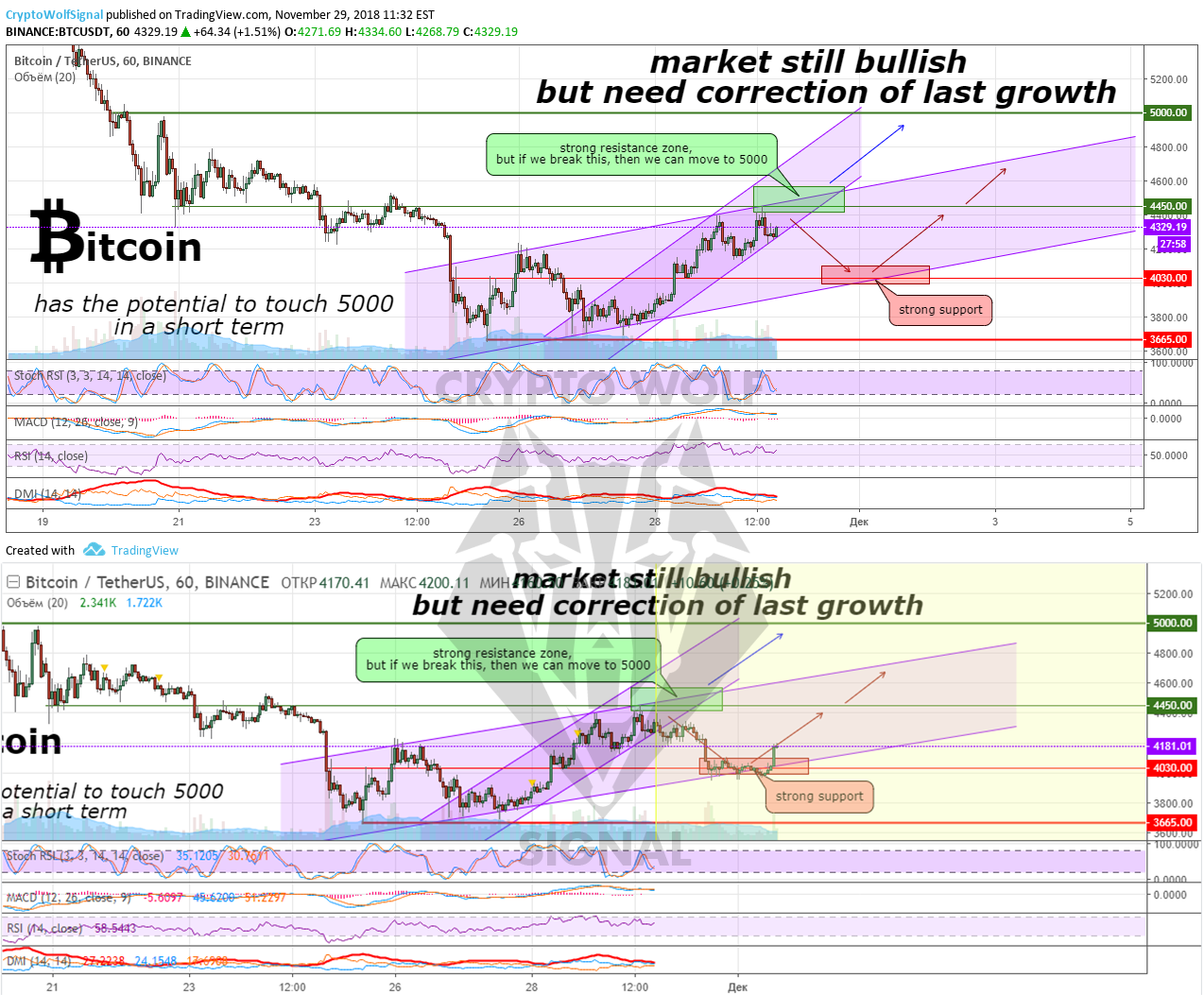 #BTC 1h
The price is still in the ascending channel and while it is inside the market looks good. As we wrote initially in the post, the last growth needed a correction, which is now received. Support resisted market pressure and we rebound from the lower edge of the channel, which is a positive sign. At the moment we are close to the local resistance of about 4200, the breakdown of which will open up prospects for moving to the upper edge of this channel. Negative can be considered in case of leaving below the channel and under support.