Home » Blog » Monero cryptocurrency: where to buy, review, predictions for 2018

Monero cryptocurrency: where to buy, review, predictions for 2018 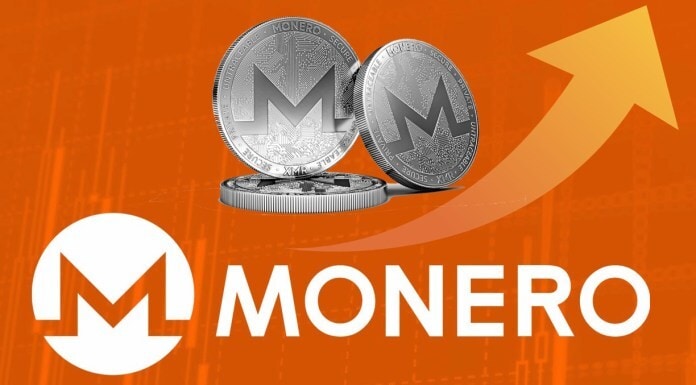 With the help of Monero cryptocurrency, its owners make confidential payments online. It does not have a peg to any currency, and it is issued by means of specially developed software. The ordinary money is issued by financial institutions – Monero does not fall into this category.

It was invented by a team of professionals who have a clear idea of the nuances of the electronic money system. Thus, this crypto-currency fills its niche entirely on the internet, and therefore in order to transfer it to the recipient user, there is no need to ask the bank help. The logical chain here is closed by a minimal fee, which is sent exclusively to the developer’s account.

Monero also has a negative side: neither financial institutions nor its creators control the emission and turnover. In fact, it’s a programmed process, but it is rather difficult to make any kind of forecasts in this case.

Although Monero is considered to be a currency that does not exist, it does not prevent it from cashing it in real money to those who consider this operation to be necessary. There are exchanges on the internet, the number of which is steadily growing, especially in this case. If you need real money and you have Monero, then welcome to one of these exchanges, which is ready to exchange this сryptocurrency at the exchange rate!

Features peculiar to the Montero cryptocurrency

2012 is the date of official introduction of the ring signature, for everyone connected with the cryptocurrency world it is known as CryptoNote. Its root part is a certain fraction of the algorithm on which Monero was created. The experts say that this happened without the use of Bitcoin code, widely used by other electronic coins, due to it the reliability of Monero is at a high level.

However, Monero and Bitcoin have the same technologies both in terms of information transfer and in terms of earning these electronic coins. In order to save such coins, you need to create an electronic wallet with a unique address, the data from which can not be viewed by other users or even by federal services, since the key is exclusively for its owner. The blockchain itself, being a complex technology of information transfer, reliably blocks the definition of transactions by the third parties, creating their chaotic mixing.

The advantages of Monero

Monero has slowly, but confidently started to conquer the market since the very moment of its release (2014). Today its ratings are skyrocketing, even if to compare with Bitcoin. However, not many users use it, which makes the procedures for mixing transactions quite difficult. It can play a cruel joke: the party in interest have an opportunity to track a major deal.

The developers are currently actively engaged in the promotion of this cryptocurrency. We can say that success will not take long, as when it comes to the high level of anonymity and the growth in demand, it already means a lot. And experts with analysts both say that now it is the perfect time to buy Monero because in the near future the benefit from it is assured. But the owners of Bitcoin, in this case, will have problems with investments. The main problem is maintenance support.

How to mine (obtain) Monero

Mining is an elaborate algorithm for the formation of new Monero crypto coins. The number of solutions for making money on the Internet depends on the number of incoming currencies – the more the currencies, the better.

There are specific sites for earning Monero that require specific software. The earning process is the following: the hash blocks are read, which have random numbers and references to previous calculations. The required information has to be entered once. The process will take place automatically in the future. In order to avoid interrupting the process, you will need to monitor the status of the internet connection.
You should not download programs for mining from unknown and suspicious sources, in this matter, preference should be given to official developer resources.