Bitcoin price prediction for 2018 and future years from experts

After Bitcoin reached its all time high in 2017 the question appeared, when or if it is going to reach higher levels. How much time is needed before it does? Will the price go up to $1,000,000 dollars? Now we are going to learn what the cryptoworld professionals think about it.

He is the most well-know man in the crypto sphere. He confirmes that Bitcoin will see new all time highs in the near future. John believes that by the end of 2020 Bitcoin will worth $1,000,000. 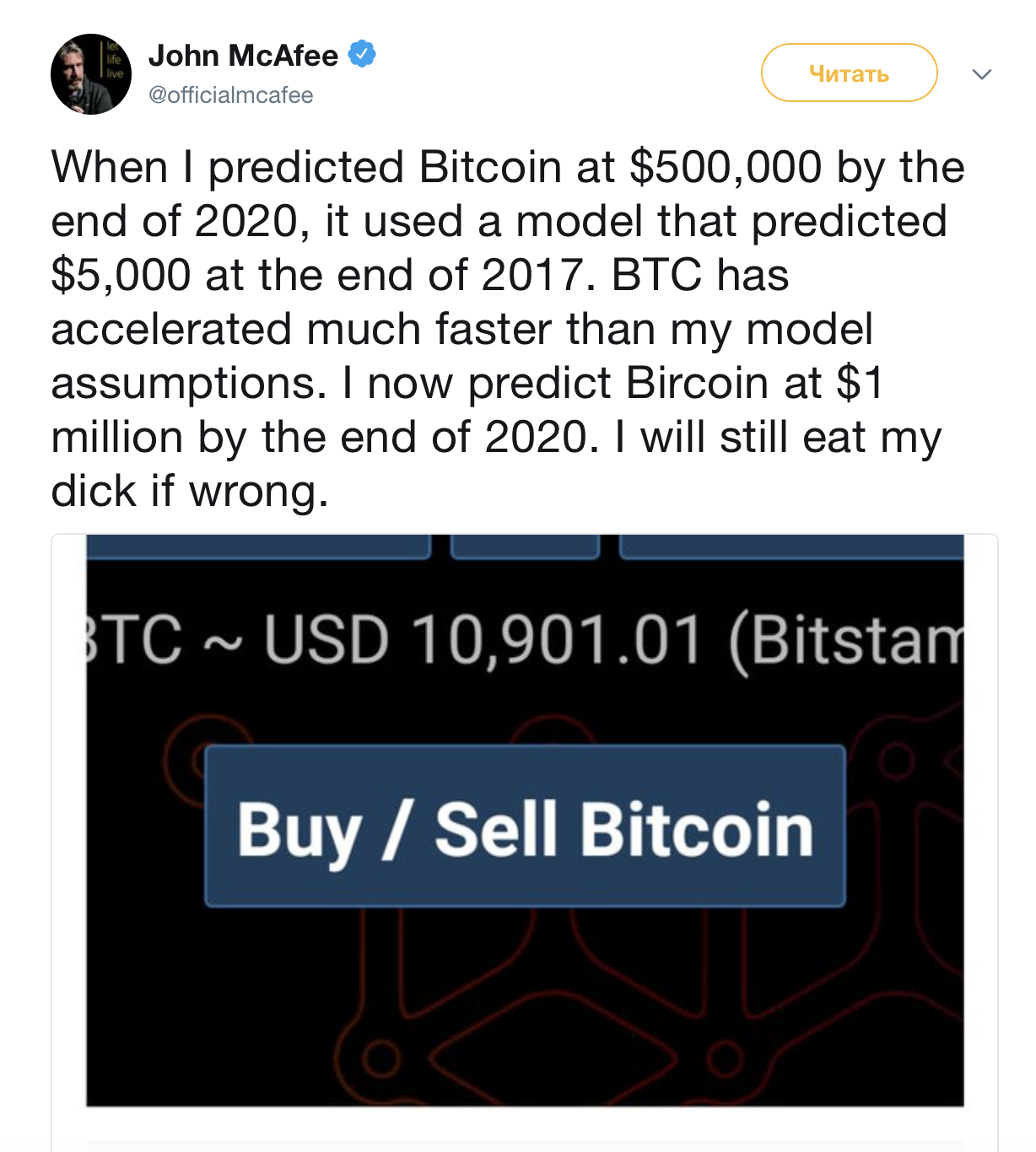 Tim is an American venture capital investor. He said that Bitcoin can reach $10,000 in the near future but also he admitted, that in just four years a lot of popular coins will be worth $250,000.

John, the UK investor, has not been in crypto for some time, but he made his Bitcoin price prediction taking into consideration the important events that will happen in next several years.

Kay Van-Petersen, who works as an analyst at Saxo Bank thinks that this year Bitcoin will show us its new all time highs. He said that the price will be somewhere between $50,000 and $100,000. Seems like he says about the correlation between futures contracts price and the bitcoin saying that it is normal to make a 50 percent retracement for bitcoin, but all the effect of the futures contracts hasn’t been seen yet.

Jeet is a well-known portfolio manager, he has given a prediction of Bitcoin price during this year. At the World Economic Forum he said, that bitcoin can easily reach $50,000 in 2018.

Cameron is one of Gemini cryptocurrency exchange founders. He said, that bitcoin can be worth 40 times its current value. He has made this conclusion after comparing the market cap of gold with this of bitcoin.

Here is his comment on the interview with CNBC:

The CEO of Pantera Capital- Dan Morehead said that Bitcoin could reach new all time highs this year. He said that even is bitcoin go down in 50%, it can easily fly higher than it did in December 2017.

Anthony Pompliano, the American entrepreneur and investor, said that Bitcoin could grow up to $50,000 dollars during 2018. He shows that he is very bullish on Bitcoin considering that bitcoin was traded under $20,000 during 2018.

Max Keiser is another important figure in the cryptocurrency sphere. He said that bitcoin could reach $28,000 in the near future. 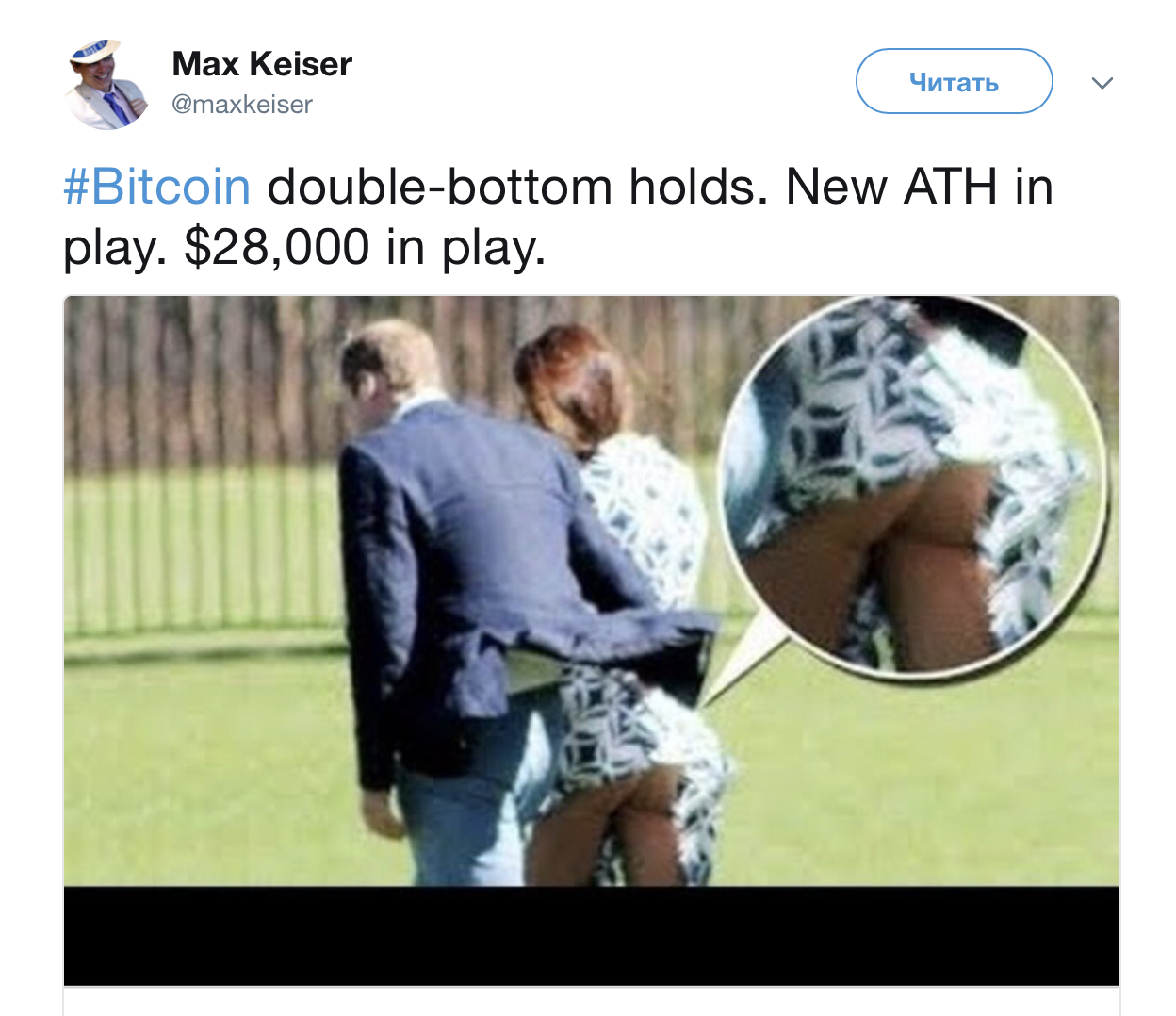 Bobby lee, who ia a board member of the BTC Foundation, and founder first Bitcoin exchange in China, said that Bitcoin will reach $1 million dollars.

Yes, according to him, Bitcoin will be worth more than $1,000,000 dollars. It sounds familiar what John McAfee said. But the only difference is that Bobby tells that this can happen in 20 years.

Executive Director at BitcoinFoundation Llew Classen, said that Bitcoin is on the track to touch the $40,000 dollars’ mark. Also, he said that as cryptocurrencies are something new in the world, it will be risky and exciting.

A survey conducted by Finder.com shows that Bitcoin will pass $43,000 by the end of 2018. This is more than twice much from the last December when the famous cryptocurrency was worth around $20,000 dollars.

Jon Ostler, who is UK CEO of Finder.com, said that while we saw the top coins dive by 24 percent in February, their survey shows panelists are expecting this to be a bump in the road as these coins are set to recover.

It would also be important to take into account regulations, banking systems, laws and new technologies that could re-shape the landscape.

BitMEX CEO Arthur Hayes has made a prediction for Bitcoin and its future price. He sais that Bitcoin could reach $50,000 by the end of the year, only if volatility remains in the market.

Mr. Hayes said that he is a volatility trader at the end of the day. They make their money if it is volatile. If it goes up or it goes down, you need to short it. Or if you think it is going to be one million dollars in a few months, you should buy it, he still doesn’t care.

The volatility seems to be getting smaller and not so frequent as before as more investors enter the market. But it does not mean that Bitcoin will not be able to reach $50,000 at the end of the year.