Bitcoin Cash cryptocurrency: overview, how to buy, forecasts for 2019 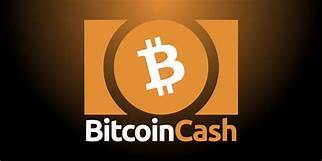 Bitcoin Cash is a young cryptocurrency, the existence of which began on August 1, 2017. Immediately after its appearance, it could boast of the longest history among all the existing projects. The reason is simple: this cryptocurrency is a fork of Bitcoin and has a common history with it. On the exchanges, Bitcoin Cash is known as BCH or BCC.

What is Bitcoin Cash?

Let’s find out how this cryptocurrency appeared. Hardfork is a situation in which a substantial part of the network participants generating blocks refuses to accept certain rules or accepts rules that are not accepted by the rest of the network. In this situation, the networks are divided and begin to function independently. If the separated cryptocurrency (fork) is supported by a sufficient number of enthusiasts, it will continue to exist. It happened with Bitcoin Cash.
The reason for the hardfork was an update in the BTC algorithm, to which a number of very significant changes were made. At the time of the division, all owners of Bitcoin wallets (even if they did not support hard forks) received an additional wallet with the same amount of new currency. Of course, the old Bitcoins have not gone away, but which currency to “mine” next is the personal choice of the happy owner of two wallets (it is obvious that practically no one has refused the Bitcoin Cash wallet).

Support of the new cryptocurrency by community

As mentioned above, a fork can become successful only with a mass support. Bitcoin Cash caused a flurry of criticism, but the number of enthusiasts who supported it also turned out to be quite large, and many major exchanges immediately announced that they would add a new cryptocurrency asset to the list.
The Bitmain company took a wait-and-see position, speaking in favor of both branches formed after hard forks. Similarly, the large Bitcoin.com pool behaved, noting that the demand for a new cryptocurrency was surprisingly high. Marketplace ViaBTC was one of the first to announce support for Bitcoin Cash. Livecoin and Okcoin exchanges also announced their plans to add new items to the list of traded currencies.
However, many large exchanges reacted coolly to the hard forks and even with criticism, fearing that a new financial instrument would strike a powerful blow to Bitcoin, thereby causing serious instability in the cryptocurrency market. Supporters of the new cryptocurrency claim that over time all the exchanges will add it to their lists. By the way, extremely slow transactions (slower than the main Bitcoin network, known for its slowness) turned out to be a characteristic feature of Bitcoin Cash.

How to get BCH having BTC?

There were two main ways to get freshly baked cryptocurrency at the time of hardfork:
1. Wait for the moment of branching with the maximum number of bitcoins in the wallet and join the new network.
2. If the bitcoins were on the stock exchange – wait for the stock exchange actions (the majority of large players have acted honestly).
Since hardfork happened long ago, and these methods are no longer relevant, consider the recovery of Bitcoin Cash with the help of an Electron Cash wallet for those who missed the fork and did not receive Bitcoin cash on time. Do not forget that after hard forks, the currencies act completely independently, so manipulating one of the wallets does not affect the other at all, but by entering the keys to a Bitcoin wallet, you seriously risk your own security.
The process of getting BCH step by step:
1. Create a new BTC wallet (this should be done in order not to use the same wallets and keys for two different cryptocurrencies).
2. Transfer all BTC to a new wallet. Use only it to work with Bitcoins now. Store your keys securely. This wallet is new, it does not have a duplicate in the Bitcoin Cash network.
3. The old wallet was conected to the Bitcoin network before the fork, so it is possible to create a duplicate in the new network, knowing the keys. This is what we will do to get BCH.
4. Keep in mind that Electron Cash is a relatively new software. No negative reviews yet, but it is better to be careful. Download the program and install it in a virtual machine.
5. Run the program and enter the keys to the OLD Bitcoin wallet. Make sure the program is connected to the correct network (the chain starts at “651e”). After synchronization, there will be exactly the same amount of BCH in your wallet as you had BTC at the time of hard forks.

There are some other popular wallets that allow you to get your legitimate BCH. The choice of the most suitable is a personal matter for everyone. In the future, when using BCH, consider that a partial breach of your confidentiality occurs, as the addresses on the networks after the fork remain identical. That is why it is desirable to create a new Bitcoin wallet and completely abandon the old one.

The rate of Bitcoin Cash

At the moment, Bitcoin Cash is in fourth place by capitalization in the overall cryptocurrency rating and second by price. It was supported by many major exchanges, but liquidity is low. Therefore, selling it is more difficult than other top cryptocurrencies. The fact that many BCH users were frozen on major exchanges that did not support the fork adds the additional doubts. But when they get the opportunity to withdraw crypto money, it can greatly affect the rate of this currency.